Built in 1971, the station was originally designed by well-known mid-century modern architect Hugh Kaptur, now 88. After almost 5 decades, Mr. Kaptur lead the exterior design team for the expanded station. Station #4 has long been in need of updating to meet modern fire service demands in order to better serve the Palm Springs community. 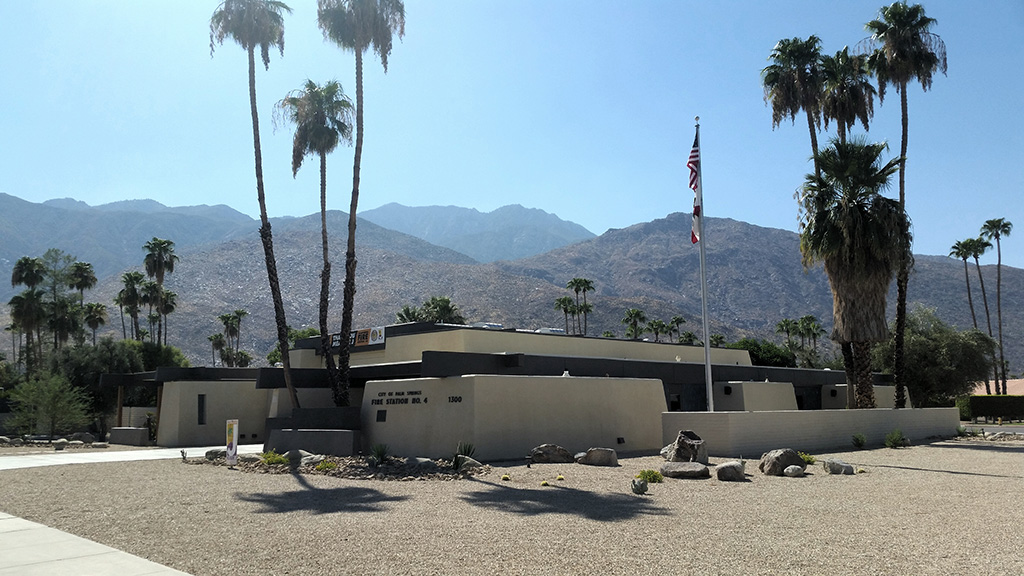 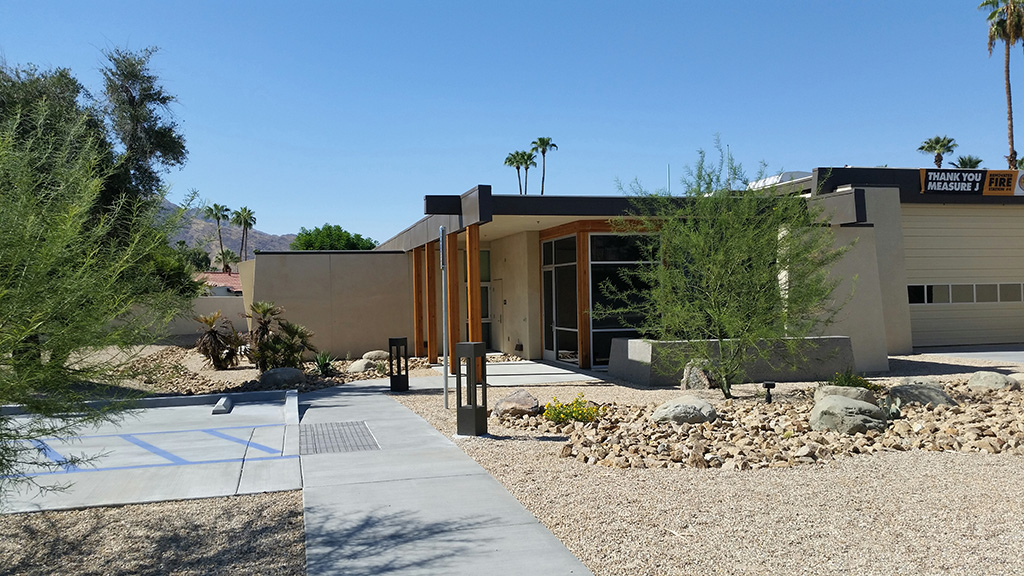 As a way of saying welcome back to Twin Palms, the Twin Palms Neighborhood Organization presented Fire Chief Kevin Nalder and the firefighters with a check for $1,500 that will be used to purchase a 32-in built-in Gas BBQ. The check was presented by Larry Johnson, Volunteer Grants Coordinator and Eric Chiel, Founding past-chair.

This grant is a very concrete way to say thank you for the many Twin Palms residents’ lives saved and property protected over the years by the men and women of fire station #4. The BBQ will provide both a recreational activity and increased cooking options for the fire fighters who are there 24/7. 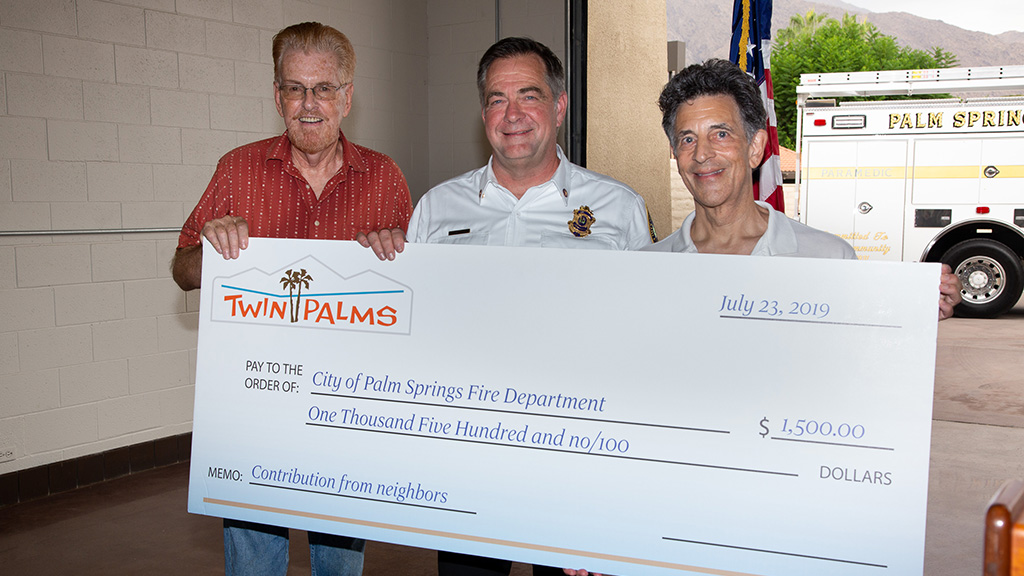 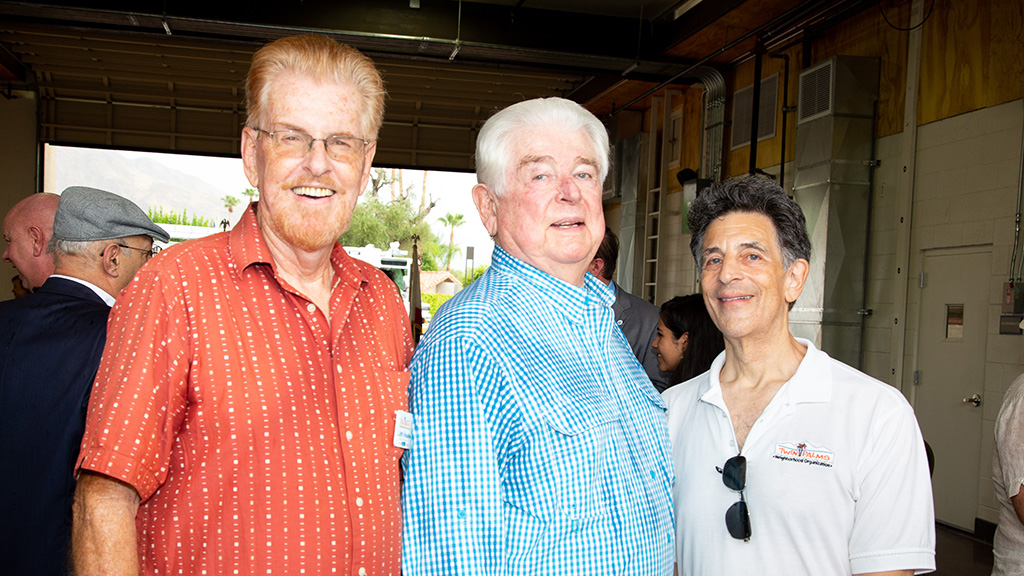 The Reopening marked more then three years since the formal planning process for the renovation of the station was launched, and almost 7 years since the City Council first identified the need to rehabilitate and expand the station.

About $2.3 million of the renovation’s overall $5.2 construction and renovation expenses were covered by Measure J funds, the voter-approved tax increase the puts money toward capital improvement projects, according to City Manager David Ready.

Following the formal reopening ceremony, everyone had a chance to tour the station and enjoy refreshments provided by the City. 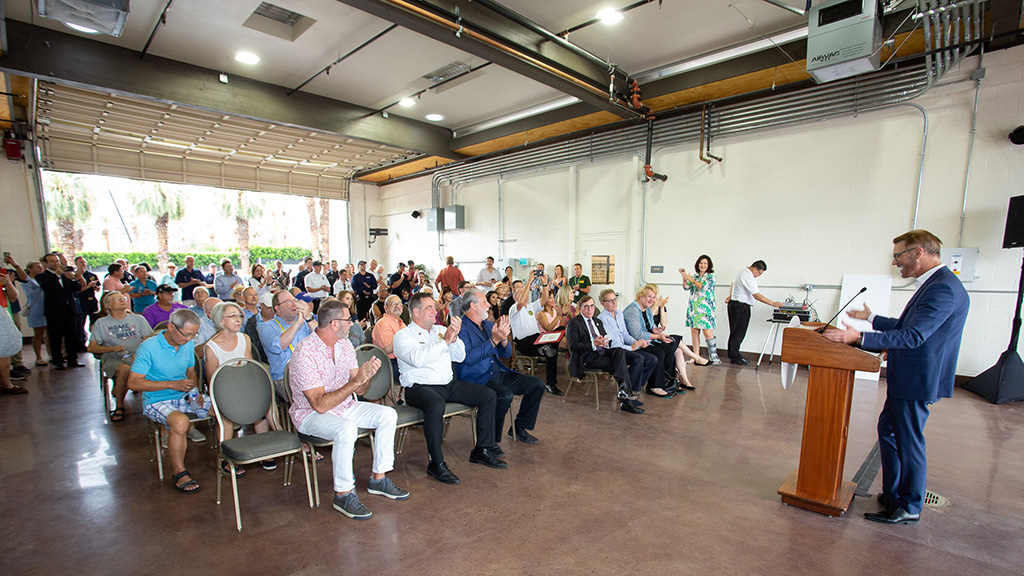 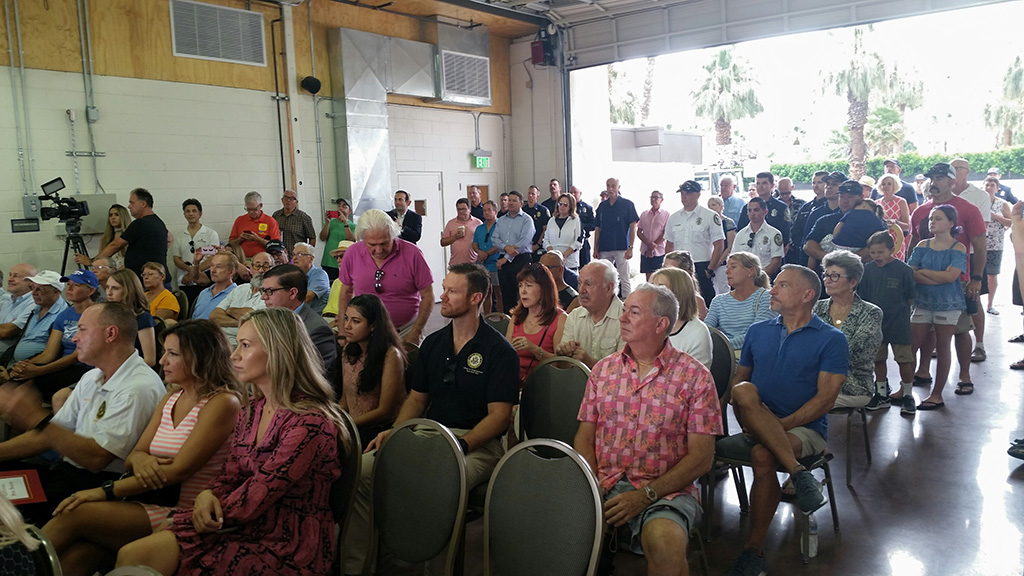 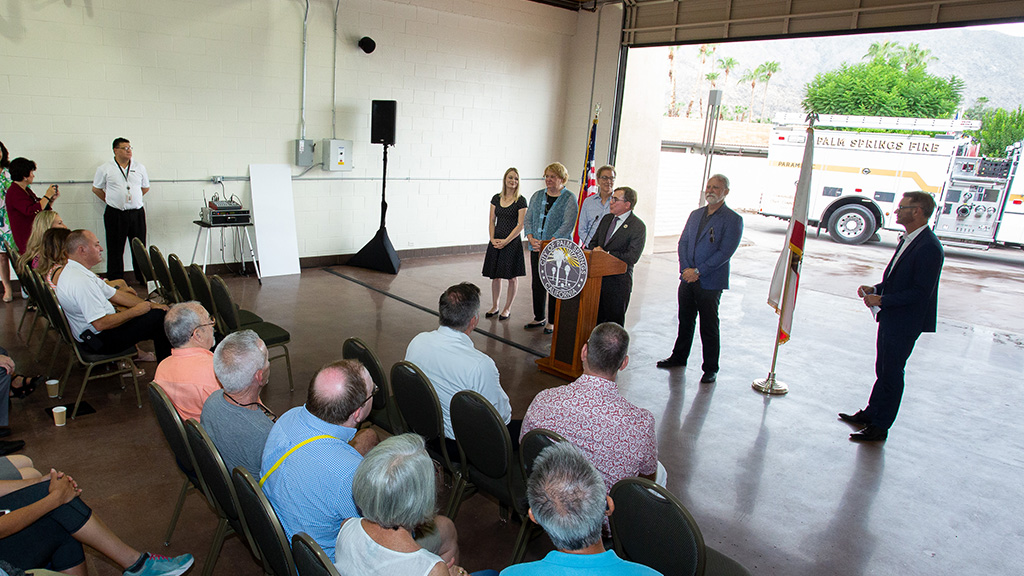 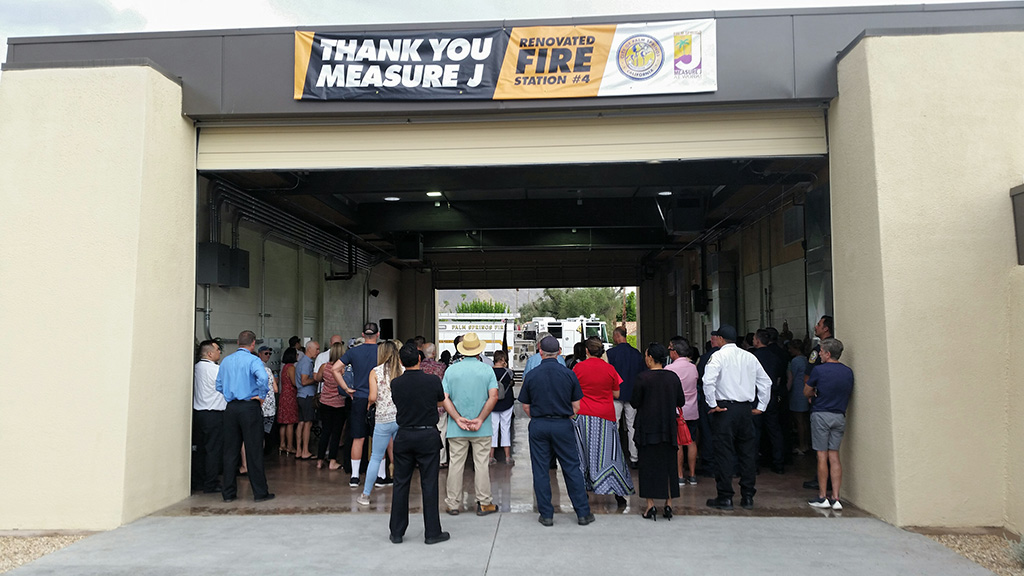