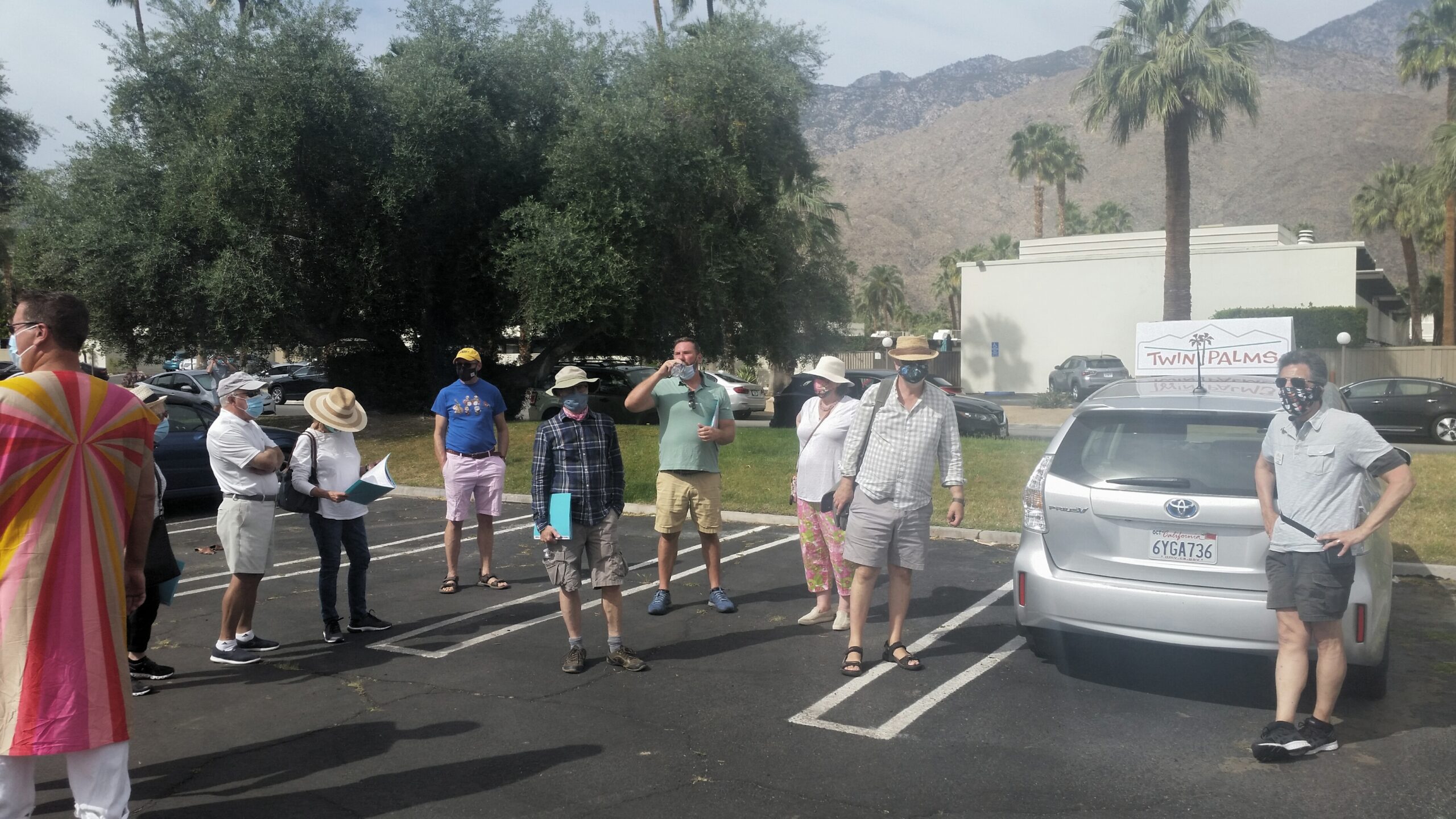 Due to COVID restrictions, Modernism Week 2021 was moved from February to April.  While the Twin Palms Neighborhood Organization (TPNO) was unable to sponsor its annual home tour, six Twin Palms Walking Tours were held due to the leadership of Eric Chiel, a 12 year resident of Twin Palms.  A portion of the proceeds were donated to TPNO.

Between April 9th and 15th, almost 100 participants took part in one of the six sold out walking tours entitled “An Insiders Perspective on the Desert’s First Modernist Neighborhood.” Established with the development of the Ocotillo Lodge in 1955, about 200 of the neighborhood’s residences date back to the period that combined butterfly roofs, clerestory windows, floor-to ceiling glass, breezeways and innovative desert-appropriate architecture with poolside living.

The 2 hour, 2 mile walking tours of the desert’s first completed Modernist neighborhood highlighted many of the architectural designs and concepts later emulated throughout Palm Springs and the Coachella Valley.

The neighborhood is best know for its innovative and insightful William Krisel designed and Alexander built residences.  But less well-known are its significant mid-century works from architects Hugh Kaptur, Donald Wexler, and Hal Levitt, as well as more recent contributions from other notable designers and builders.

The tour featured stops at the recently renovated Fire Station and at William Krisel Way, the street renamed to honor Mr. Krisel during Modernism Week in 2016.  The homes of many prominent writers and entertainers who lived in Twin Palms were also noted. 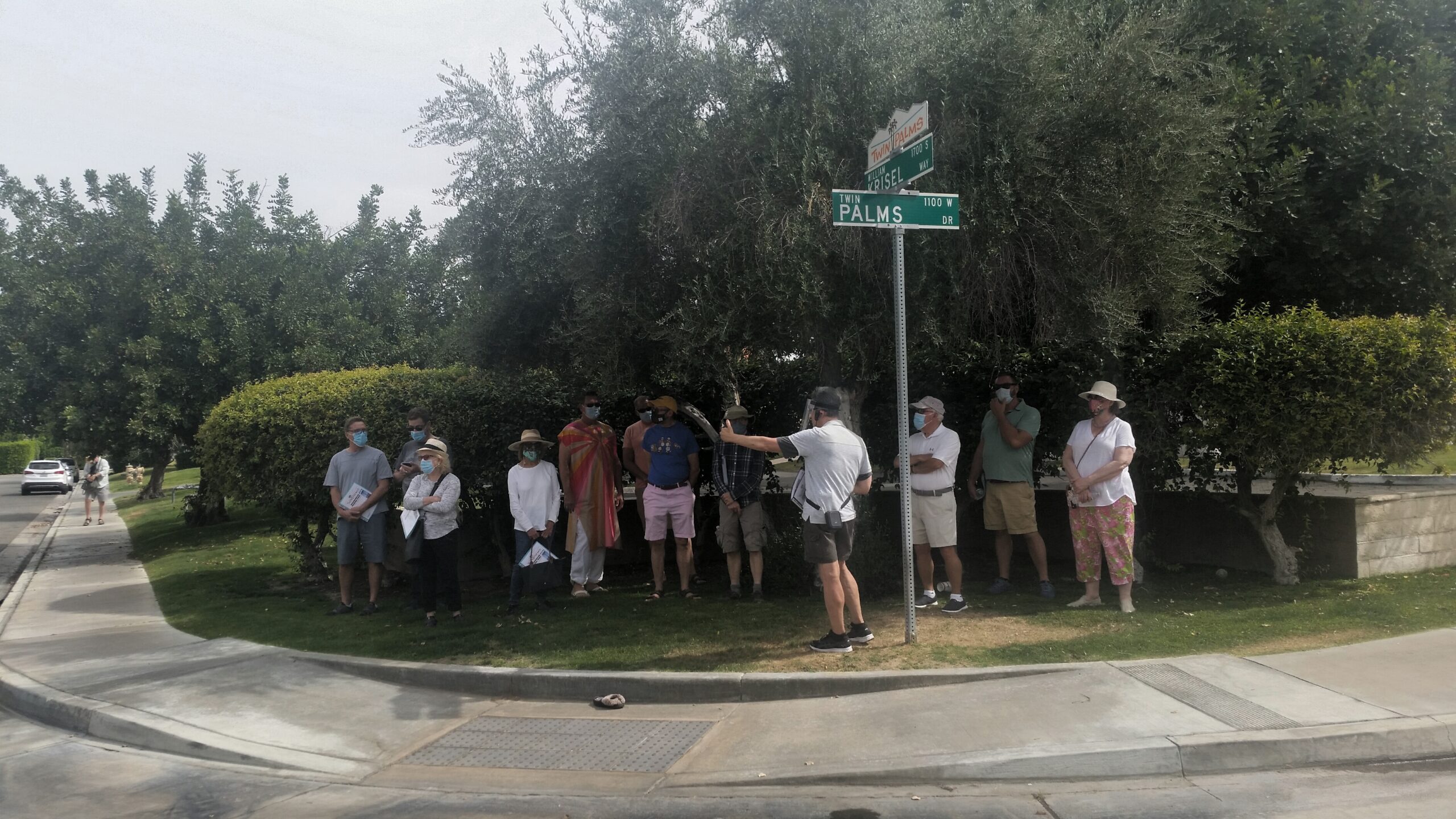 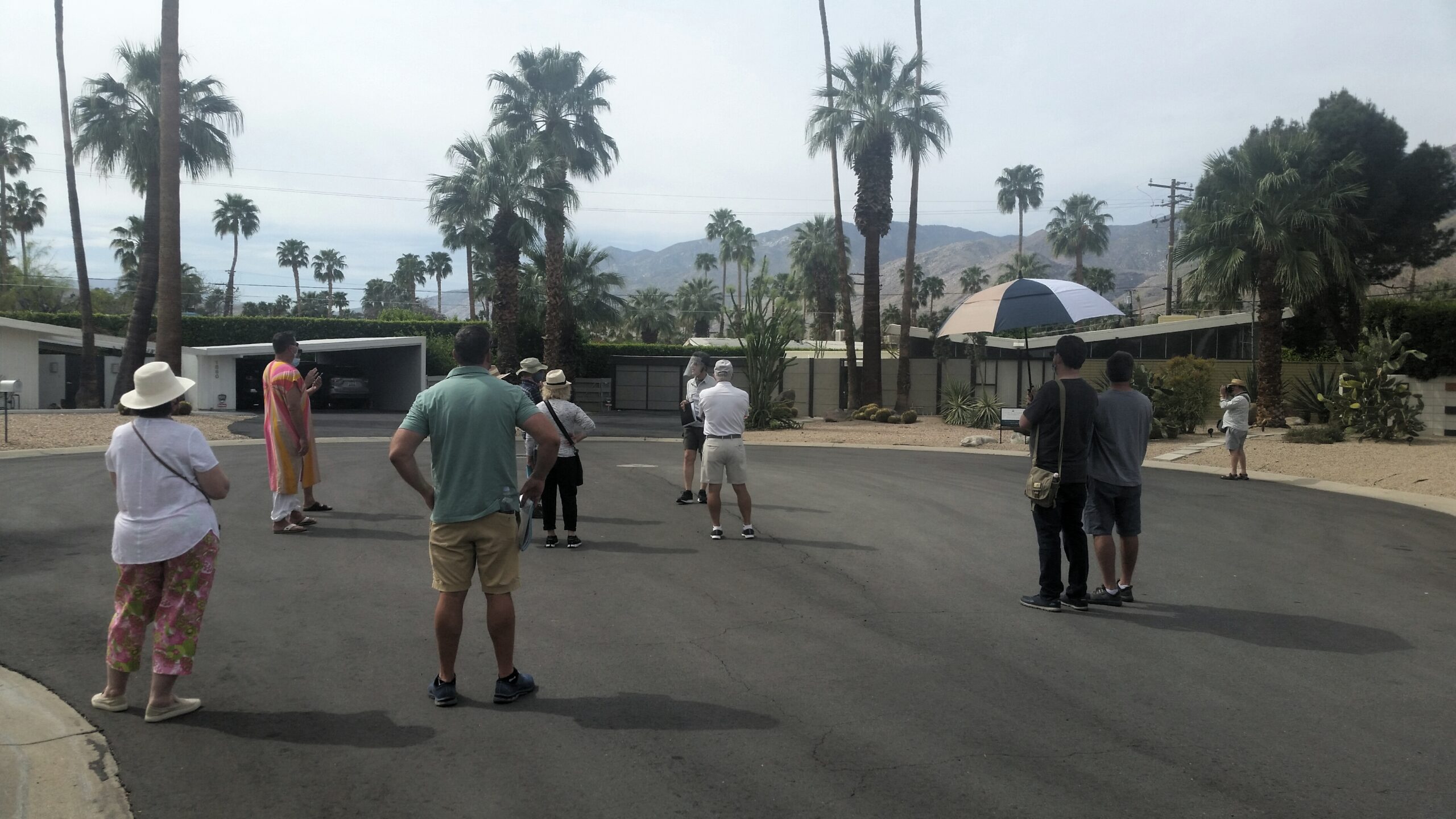 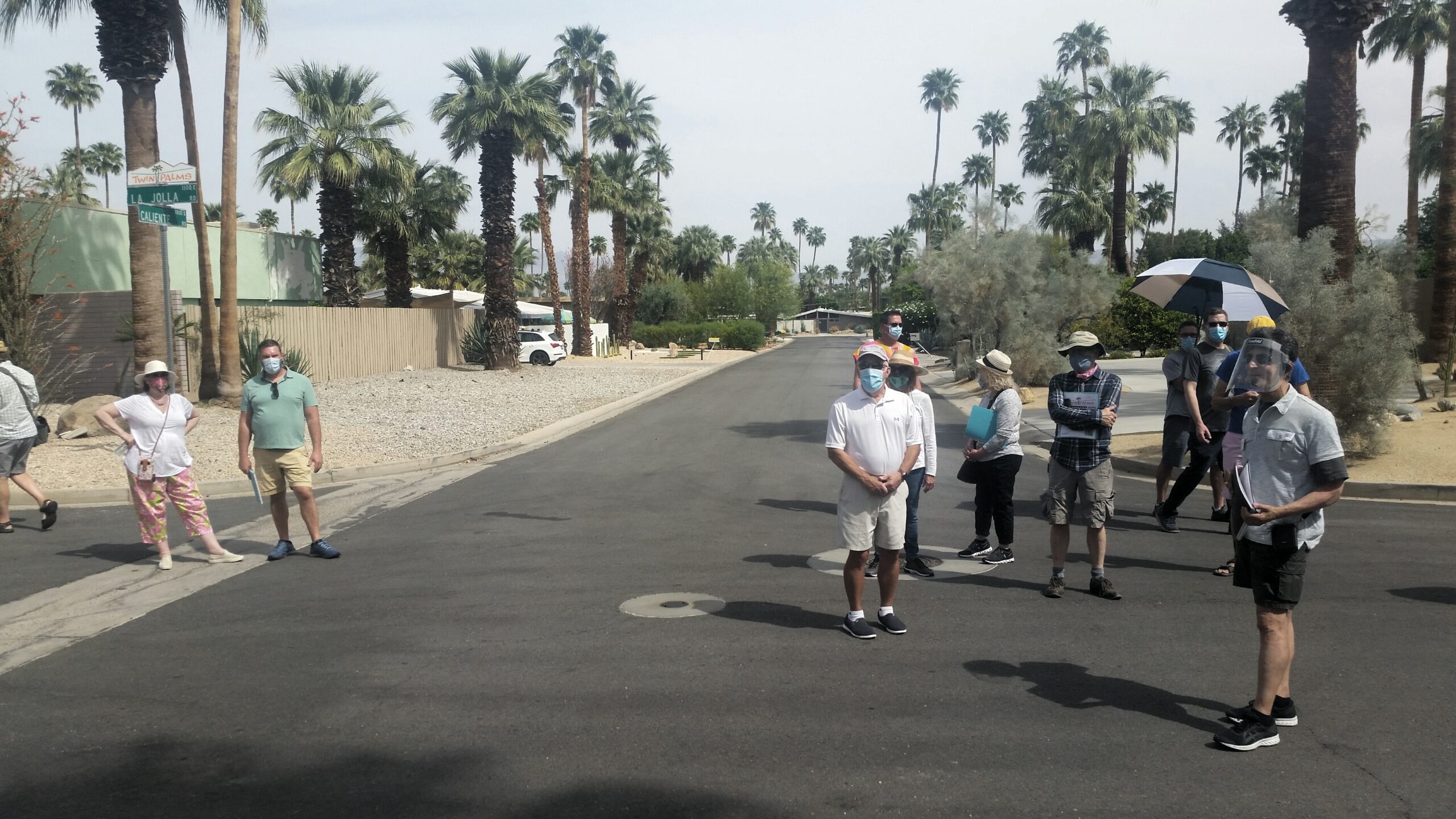 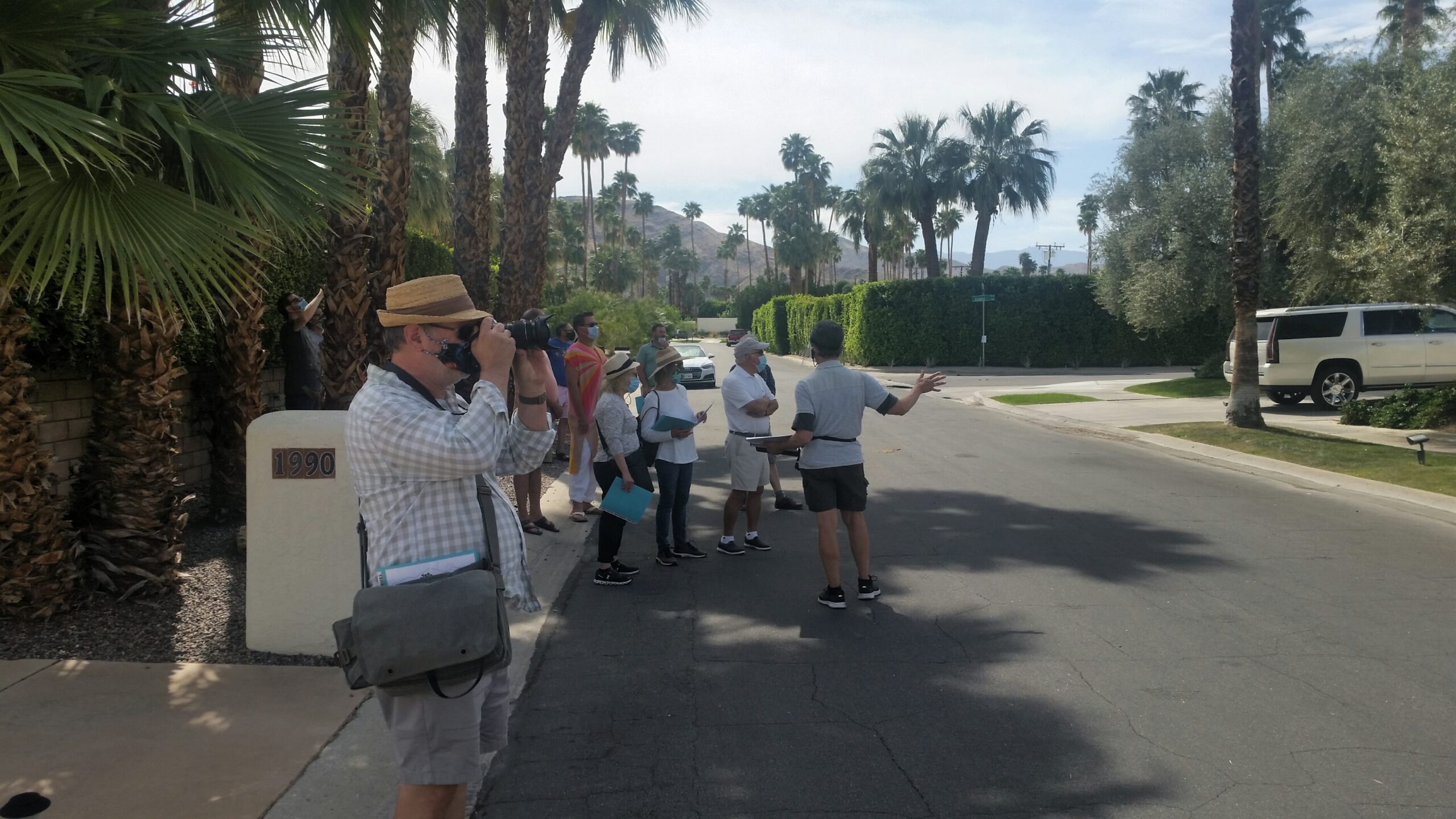 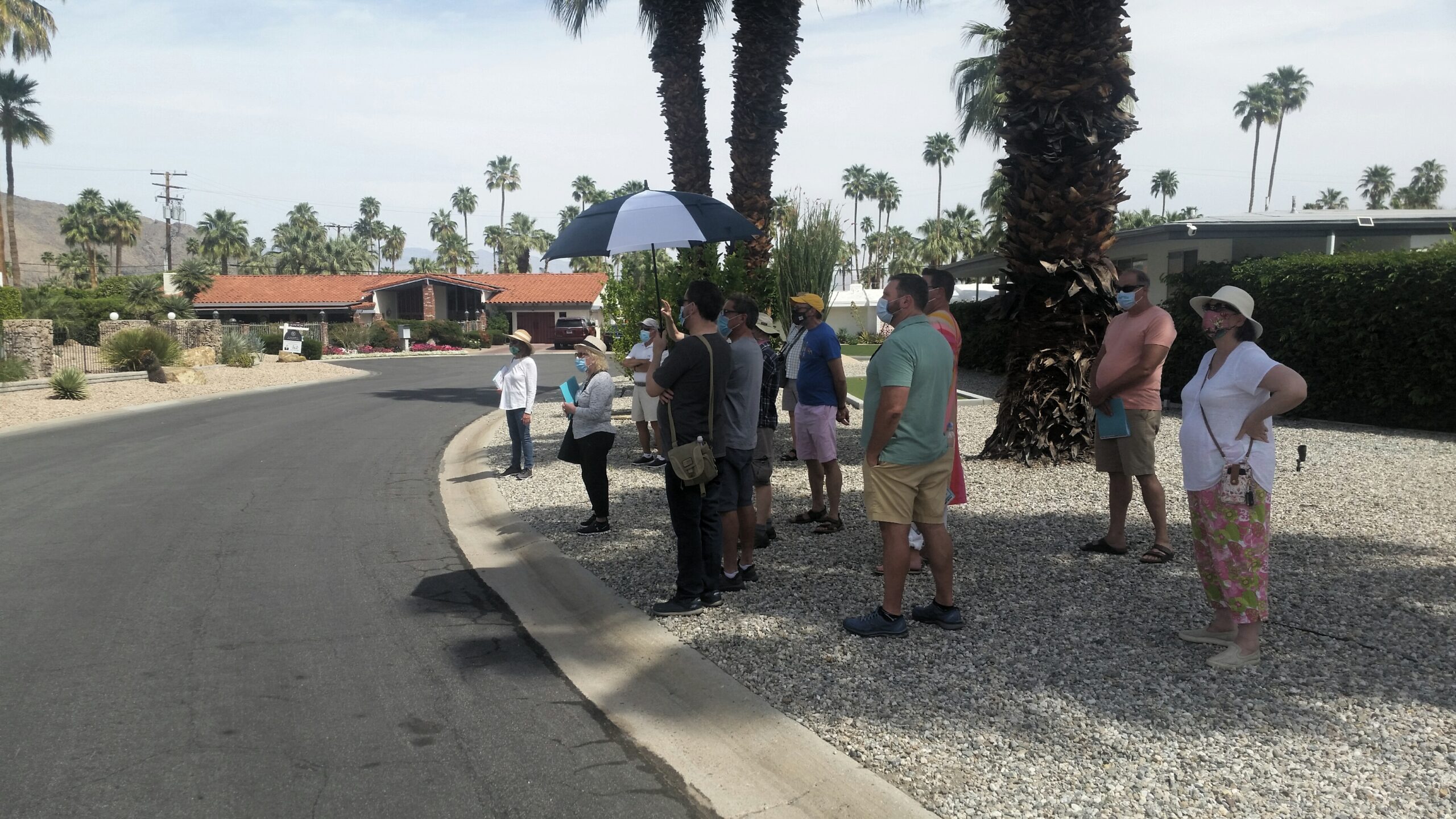 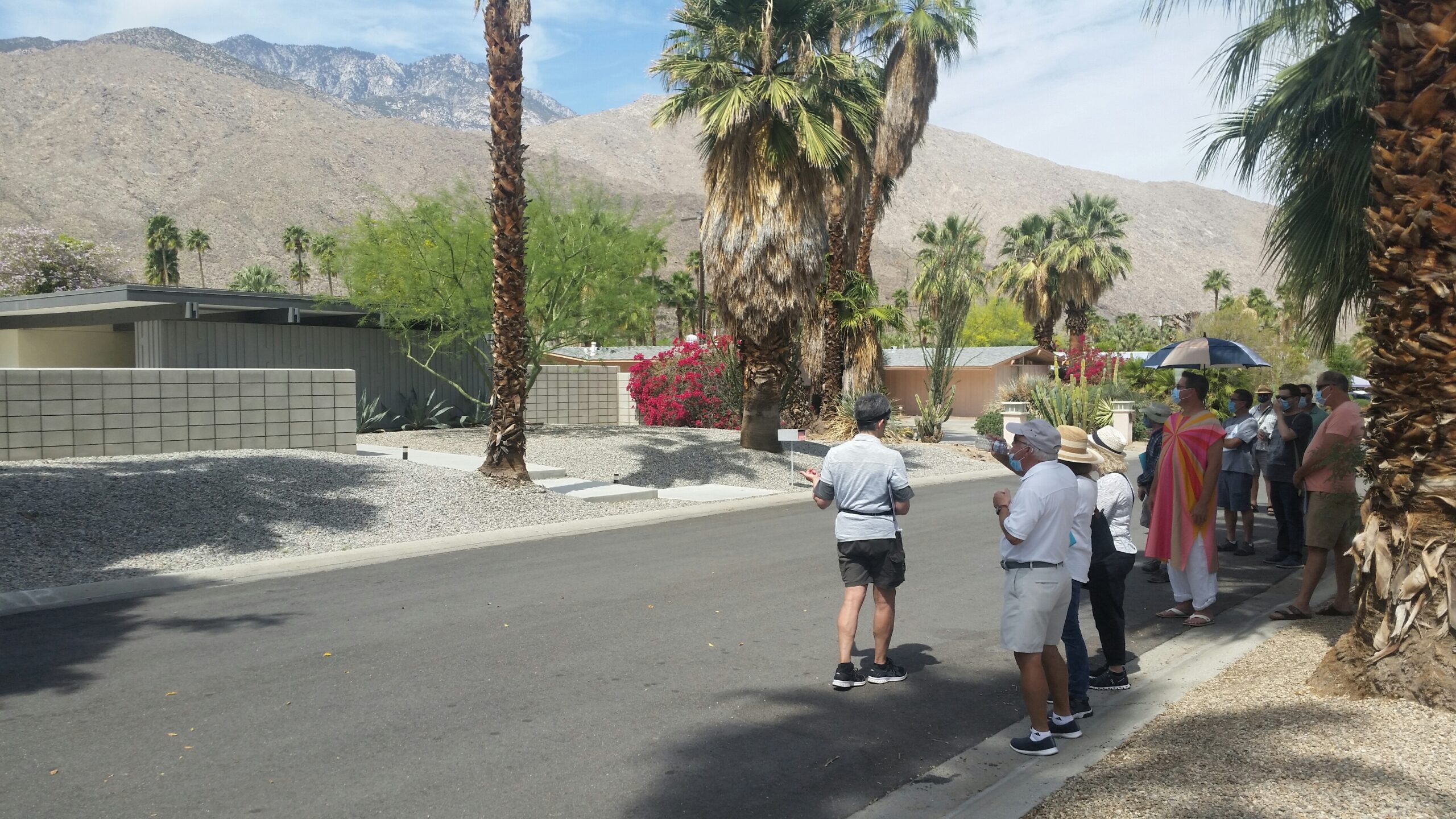 Special thanks is owed to Eric Chiel for creating and conducting the 2021 walking tours, and for generously donating 30% of the tickets sale to TPNO.  Mr. Chiel is the founding past-chairperson of the Twin Palms Neighborhood Organization.

Twin Palms residents are proud of their neighborhood, and happy that these 2021 walking tours continue to shine the spotlight on Twin Palms and provide the participants with a chance to learn about the unique place Twin Palms has in Palm Springs history and the diverse and vibrant neighborhood it has become.

Mr Chiel has offered to reprise the walking tours this Fall, at no charge, exclusively for Twin Palms residents.   Tour dates, times and information on how to register will be announced when available. 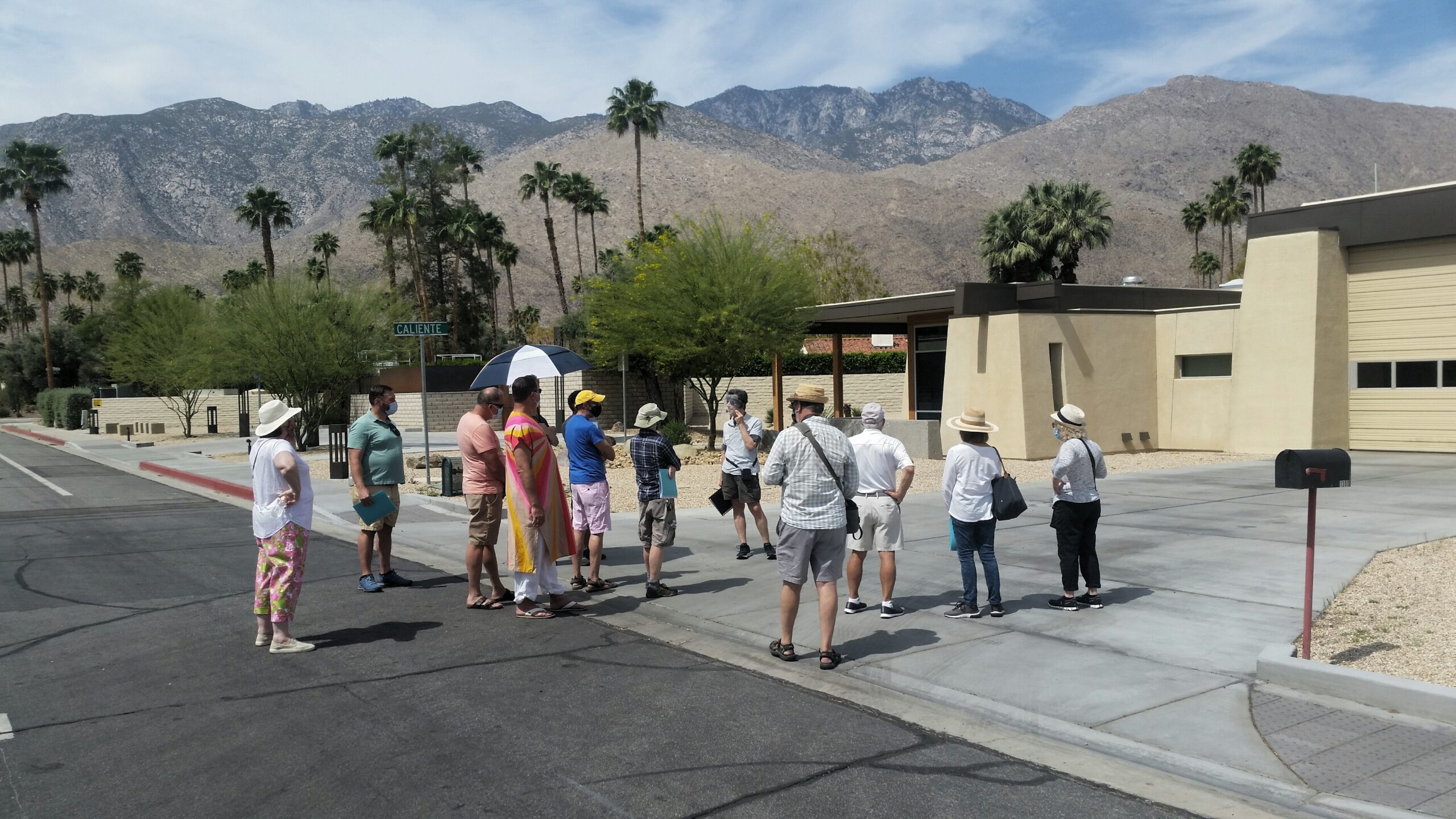